When Alexander the Great conquered the Achaemenid Empire he also liberated many of the countries they held as satrapies or provinces along the way. After the Siege of Tyre in 332 BCE, Alexander continued on down into Egypt and was declared ruler and given access to all the treasures of Egypt.

According to modern Christianity this is when Alexander was given access to the Tomb of Akhenaten where he discovered the Emerald Tablet that was later translated in the Library of Alexandria and launched a whole new wave of philosophy in the Hellenistic era.

Alexander also ordered the building of the great city of Alexandria along with the Pharos Lighthouse and the Library of Alexandria. He never lived to see their completion, as he did not stay in Egypt long, only six months. However, his brief excursion to Egypt resulted in the changing of the entire course of the history of the civilization and laid the foundations for centuries to come.

After leaving Egypt he went on to liberate the ancient city of Babylon before finally defeating Darius III at the Battle of Guagamela. Once again Darius fled but he was killed by his own governors and Alexander was crowned King of Asia shortly after. 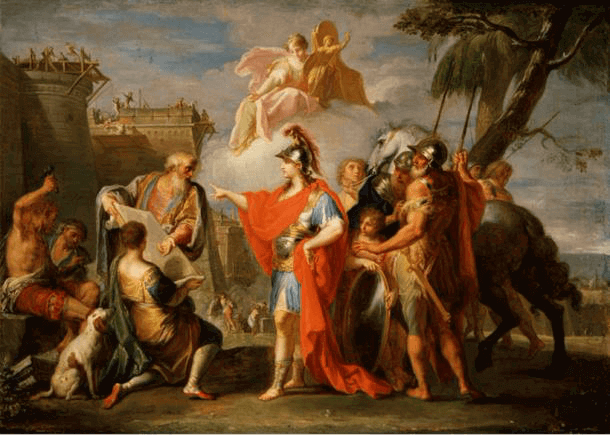