The Late Period started when Egypt was conquered along with Nubia by the Assyrian Empire in 671 BCE under Esarhaddon. As soon as he left Egypt rebelled and it was retaken by Ashurbanipal in 664 BCE.

The Late Period was defined as a significant foreign rule over Egypt. Despite being controlled by foreign rulers all the way up until the Hellenistic Period, the culture of Egypt would flourish alongside the Assyria-Babylonian culture as well as under the Achaemenid Empire and the life of ordinary Egyptians did not change much. The age of the Old, Middle and New Kingdoms was over but the knowledge, religion, structures and much more would continue to influence the rest of the world for centuries to come.

During this period there was a slow decline of what you can classify as "real Egypt". Paralleling the extinction of the languages of earlier cuneiform and later Latin the Egyptian hieroglyphs slowly overtime fell out of use and eventually became used by priests and scholars only. By the time of the Roman Empire the language of hieroglyphs would only be known by a few people and go extinct under their watch. 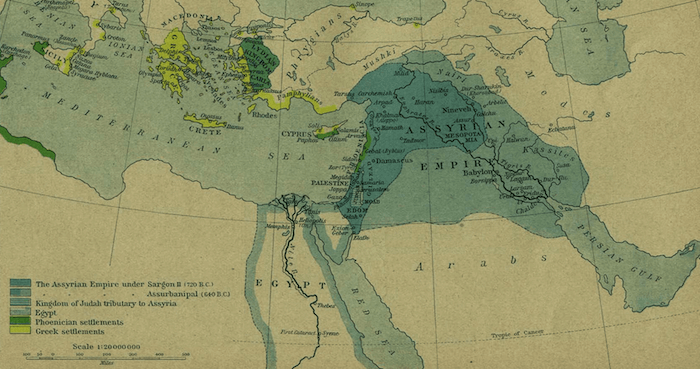 Following the death of Ashurbanipal in 625 BCE the civilization of Assyria fell into a period of decline and Egypt was able to reassert its regional dominance during the final dynasty of native Egyptians. This dynasty is known as the 26th dynasty or the Saite Period and lasts from 627-625 BCE to 525 BCE. During this period there began the construction of a great canal between the Nile and the Red Sea. The 26th dynasty would rule all the way up until the time of the Persian conquest.

The Egyptians would field a mercenary force for the Battle of Carchemish (605 BCE) under king Necho II but eventually be defeated by the combined force of Babylonia lead by Nabopolassar and the fledgling tribes of the soon to be created Median Empire. His son and successor Nebuchadnezzar II would try and wage a military campaign against Egypt but ultimately fail. 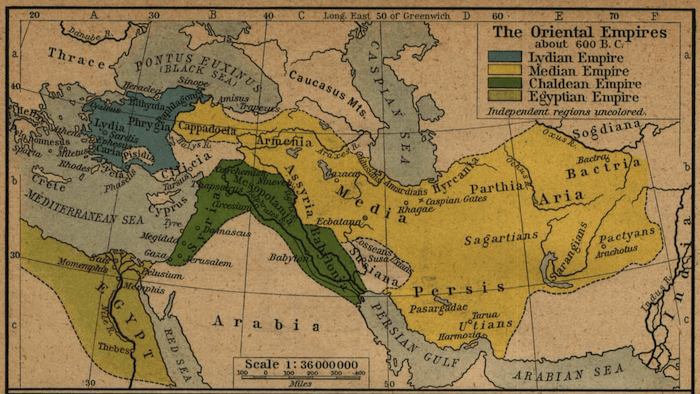 In fact this is one of the big problems in the Bible. According to Ezekiel, God wanted to reward Nebuchadnezzar for his victory over Tyre and promised him the land of Egypt as well. There are many problems with this story but to quote Ezekiel 29:17-19:

"In the twenty-seventh year, in the first month, on the first day of the month, the word of the LORD came to me: "Son of man, Nebuchadnezzar king of Babylon made his army labor hard against Tyre. Every head was made bald, and every shoulder was rubbed bare, yet neither he nor his army got anything from Tyre to pay for the labor that he had performed against her. Therefore thus says the Lord GOD: Behold, I will give the land of Egypt to Nebuchadnezzar king of Babylon; and he shall carry off its wealth and despoil it and plunder it; and it shall be the wages for his army."

According to Jeremiah this must be the time that Israelites fled the destruction of the city of Jerusalem by the Neo-Babylonian Empire under the rule of Nebuchadnezzar II.

After Nebuchadnezzar tried unsuccessfully for 14 years to siege the city of Tyre he stopped around 573 BCE. According to Ezekiel he received his prophecy on April 26, 571 BCE based on modern dating. Nebuchadnezzar would not attempt to attack Egypt until 568 BCE. It was not a successful military campaign and he returned to Babylon in order to initiate a series of massive public works projects that would come to define the city as the cultural capital of Mesopotamia.